By Jael Paris - July 11, 2011
Since we love art and fashion as art, we love Paris' semi annual haute couture shows even more than general fashion week. Fantasy ball gowns > silk tee shirts. So you must excuse if my barely caffeinated self goes a little squee drooly WANT. (Click for super extra large images.)

Let's start with the elephant in the room -- the still designer-less Christian Dior. I'd thought they'd skip this expensive exercise in bravado of skill, but the head pattern cutter designed and executed this show. The pop art influence skips the romance I typically expect from this house. If anything, it's very Giles. Well made? Yes. A breathless vision? No. But kudos to the poor pattern cutter for performing under pressure without becoming a self-destructive alcoholic. 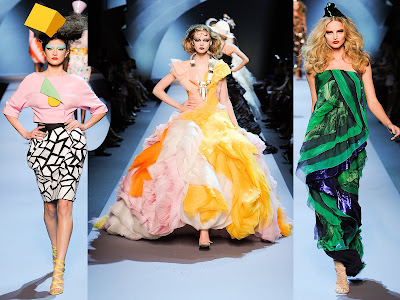 Giambattista Valli's first haute couture show was vaguely 20s, vaguely 60s and vaguely fungal. The best parts of the show were Ester Williams as an elderly eccentric throws a yacht party on the Mediterranean. Must have chain belt. 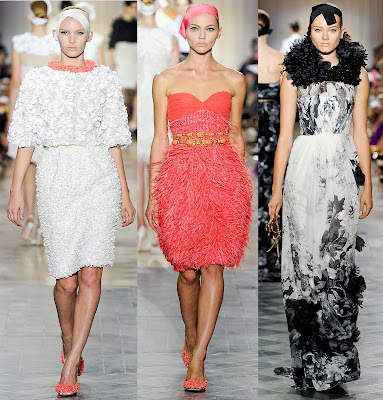 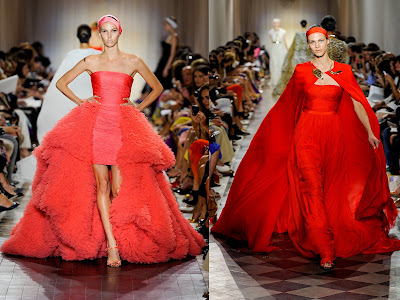 This willl sound like a slam, but it's not meant as such. Armani Prive reminded me of Patrick Nagel prints crossbred with those floral paintings grandmas love. The headresses are also made of win. 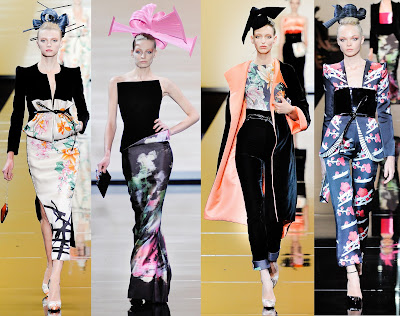 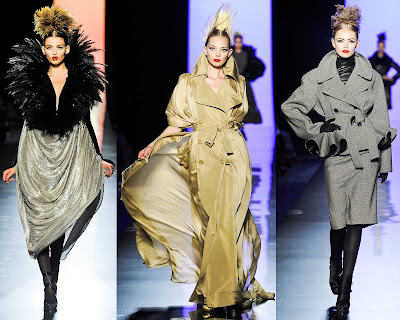 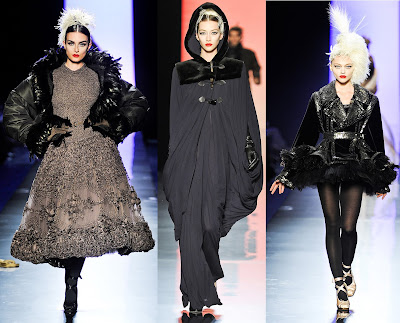 It pains me to say this as Givenchy had last season's best couture show, but this one falls flat for me. I think I dress no fewer than 3 celebrities in Tisci's origami bird dresses, but these feel both overworked (I realize calling couture overworked is sort of like saying water is too wet) and too revealing. Maybe if they had more of an underskirt? Even so, I can already imagine these showing up at various music events. 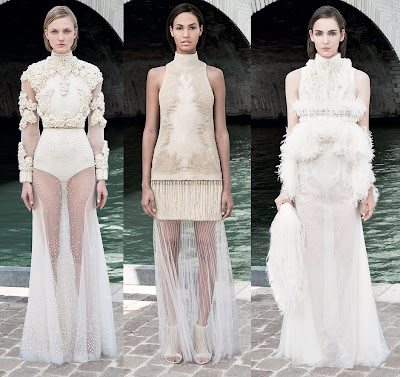 Couture is an expensive and dying art, but this season the party had more guests with the debut of several new designers as well as a handful of ready-to-wear designers making the creative leap. I couldn't fit them all here, so check out our facebook for more runway fun.

Anonymous said…
This was the best eye candy! Gorgeous clothes.