Alexander McQueen at the Met

By Jael Paris - May 10, 2011
After 14 hours of travel over a period of two days, I was nearly skipping up the steps to the Metropolitan Museum of Art. I rushed to the second floor and was promptly told "No pictures." I am so, so sorry, becca. However, the curator of the exhibit made a fine video that walks you through the rooms; you can even hear the music they chose for each room. If you follow that link, you can also read the quotes and exposition that introduced each theme. 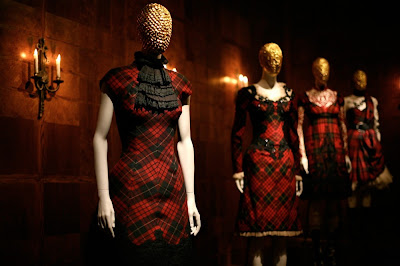 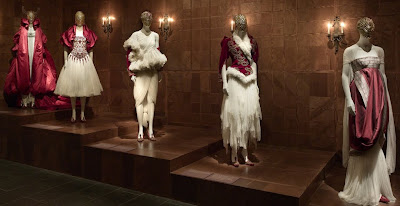 There are 100 pieces in those rooms. I was there for three hours.

The place was packed. I was run over by a wheel chair once. I frequently had to wait to get close, especially for the accessories. And I eavesdropped. It seems few people were familiar with McQueen's work (or maybe like me they weren't talking), but had come because they heard there was a big to-doo. Some really liked what they saw. They were aghast by both the gothic perversity and the serene beauty. Others of them laughed because "Who would wear that?" There were a few Lady Gaga fans in attendance who only wished to see pieces she'd worn. "Which video was that from?" and "Ooh! It's like that thing she wore at that show!" There were many seamstresses whispering about technique, a few of whom hissed about how "ugly" the clothes were and complained that McQueen came close to making a few flattering pieces but that he kept "ruining" them with things like leather or feathers. One woman even complained that this was too billowy to really be anything special. 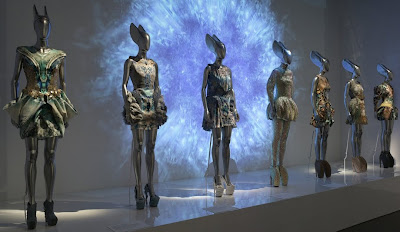 Having followed McQueen's career for years, I enjoyed the thematic layout, but for someone who has never seen one of his shows, the isolated pieces could feel a bit like cobbling together a fantasy story using some pages of Alice, some of Narnia and verses of Poe for good creepy measure. 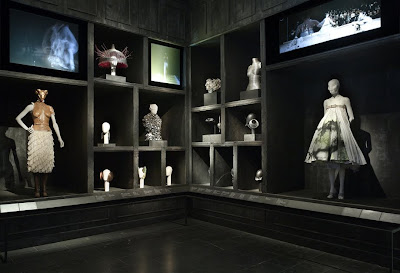 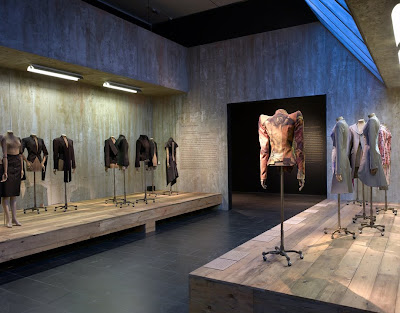 Despite the excellent presentation and carefully selected music, it was all still stripped in comparison. No posturing models. No wax lips. No story even. But the clothes carry their own drama. You dare not turn your back lest the drown siren, the teenage martyr, the Scottish widow possess her finely tailored dress and come for you.
Alexander McQueen art + fashion