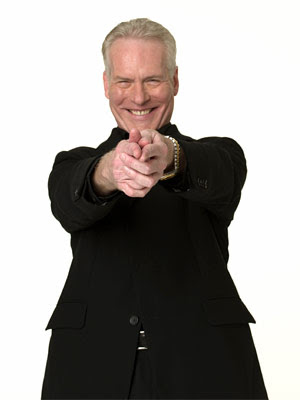 In case any of you are suffering from Project Runway recap withdrawal, fear not. I have one final recap for you. To avoid spoilers, Project Runway continues to allow several eliminated designers to show at fashion week as decoys so the media won't be able to predict the finalists or winner--not that anyone could have predicted the winner. (The Tim Gunn picture is just for fun since we won't have any more Uncle Tim photos until next season.)

Christopher
I continue to forget Christopher was even a contestant this season. He made it considerably far, but I have no memory of anything he made. When I saw his name on the list of shows, I thought maybe it was from another season. His collection is equally forgettable. The clothing is nice, but the proportions seem off. It also seems off-the-rack. Actually some of it looks like it came off the clearance rack at Target. 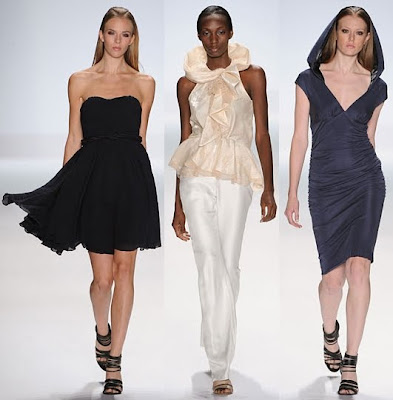 April
I'm excited that her collection wasn't all black. Her macabre feel still came through in the paler palette. Her clothes may not be the most figure flattering, but I like the way they flow, play with proportion, and fully fit with her aesthetic. I never wondered who April was, and when I see her clothes in the future I'm sure I will know who created them. I'm exited to see this very young designer grow. 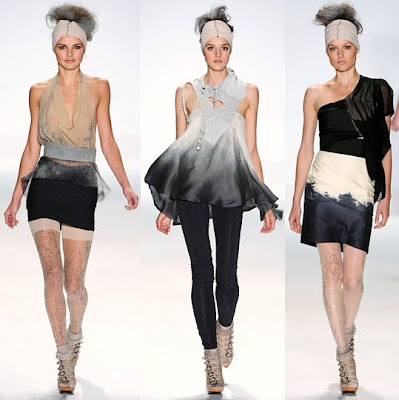 Ivy
This girl has all the personality and appeal of poison ivy. She is relentlessly mean, but she is one heck of a good dressmaker. The quality of her sewing and tailoring cannot be denied. I also can't remember a thing from her collection other than the bright yellow dress with too much cleavage. The rest of the collection was white and blue with this stuck in the middle. Had the collection had more color, this dress would not stick in my mind, but at least I remembered the dress and clean seams. And at least her clothes only left me bored and not itchy. 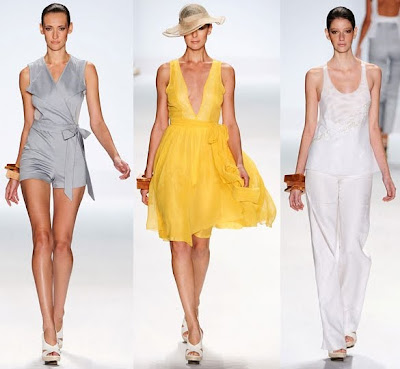 Valerie
As much as I really liked Valerie for quite a bit of this season, she always seemed more at home on Etsy than Project Runway. (She has a very cute Etsy shop). While it has it's faults and proportion problems, her space cadet collection, presented in full technicolor, was quite fun. Her black and white pieces near the end where a bit lacking, but her vibrant starting pieces fit her quirky, bright personality. 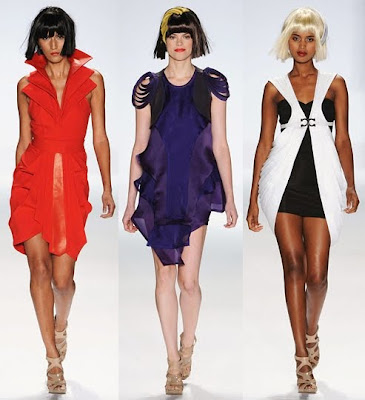 Casanova
Oh, Casanova! At first, I expected to hate this guy. He was just too much, but he turned out to be too much fun. And I loved him for it. However, this collection was too much too much. His woman is some sort of blinged out, fetishy call girl or something. I kind of like the ideas of the knee straps, but they don't work with the shiny, sexy clothing. They need to be in a more cover-up collection, maybe on complete pants rather than capris. He also got a bit of his old lady lux in there with over-sized glittery tops à la Blanche Deveroux. I have to admit, what he lacks in taste, he makes up for in flair! 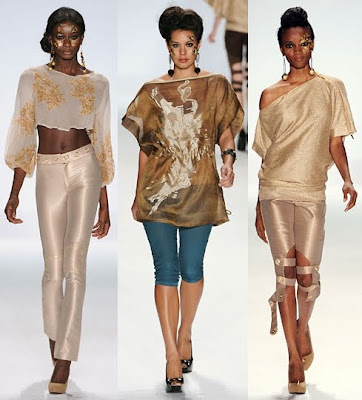 Michael D.
I liked him pretty early in the season and then he got eliminated. I still don't understand why, but I should probably give up figuring out this season at all. His collection wasn't without it's problems, but it was interesting, dark and a little dirty and gritty. I enjoyed looking at it and remembered it. I still remember a lot of his clothes from the season. He has a clear point of view--one I hope he can keep developing so I can see more of it. 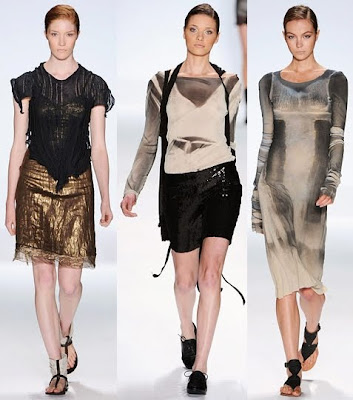 Michael C.
His collection is not as good as I thought it would be from the preview we had of it. It has quite a few problems. I like the draped dresses even though they are nothing new. His tiered feather-fringe skirts is red carpet ready. He has another feather skirt that isn't as boxy as the one he showed the judges. However, the sequined shorts and satin tube top are a disaster. His finale show stopper pieces were far too revealing without being lovely enough to find a way to wear them. The first would have been pornographic had he not let the model wear her own underwear. The second was far too heavy on the bottom and completely see through on the top. I don't think this is Michael C's best work. I do have faith that he will do well as a designer because he can make a party dress and people who buy designer clothes need party dresses. Also, he the kind of guy you just want to cheer for (even when he makes fugly formal shorts). 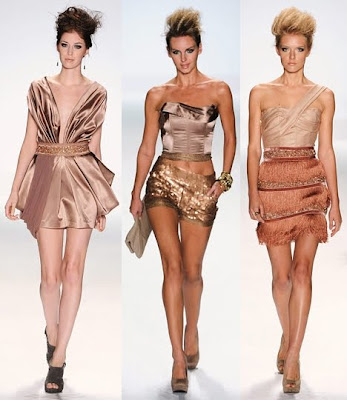 If you had to choose from all the designers who made collections including the real finalists, who would be your top three? (Mine would be Mondo, Andy and Michael D or April. with Mondo winning it all).

Rachel said…
Mondo, Andy, and Valerie (based on her collection preview in your post!).

Kschenke said…
I actually liked the navy dress Christopher showed, but it was pretty plain. If he had punched it up...
November 7, 2010 at 11:30 AM

Jamie Ramos - Go said…
thank you fashion me fabulous! i love the whole Project Runway reviews since i'm a big fan of the show. Though i have to watch them in DVDs since they are not airing the show here in the Philippines! :) Btw, i also looove Mondo! I think he is really the queen of prints! He's the only one who can make it work fabulously!
November 11, 2010 at 1:41 AM