What Happened to Christian Siriano? 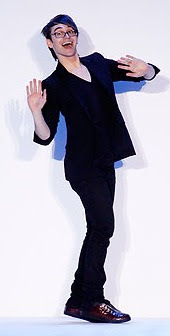 Christian Siriano is the greatest success story to come out of Project Runway (so far). Gaining credibility after winning a reality show isn't easy regardless of the field you're in, but if anyone can do it, it's Christian.

And for a few seasons things seemed promising. Unfortunately, the fashion world is a long way from declaring him "accepted." To them, he's still that "'hot tranny mess' reality guy," as the Style.com reviewer called him this season. Well, I think he's certainly beyond that. He's a talented young designer. At only 25, he's accomplished a lot and hasn't missed a beat since winning Project Runway. Compare him to his peers like fashion darling, Alexander Wang (who is a year older than Siriano), and he's certainly earned the right to be introduced without the "reality star" label.

However, if he wants to maintain the credibility he's gained with fans, he has to keep creating the fantastic clothes we've come to expect. Last season he created a nice but boring collection, which I said reminded me of what he "would have made had he been attempting to play it safe on Project Runway." This season his collection makes me think of what Christian would make if he had five seconds to improve on separates from Target. These are hardly clothes I'll be sneaking into Saks to peek at (if Saks even buys them). Maybe he's too busy, or he took on too many looks, or he's phoning in the collection so he can dress Christian Hendricks. Whatever then problem, he needs to fix it. Where did his flair and, forgive me, ferocity go?

Christian Through The Years 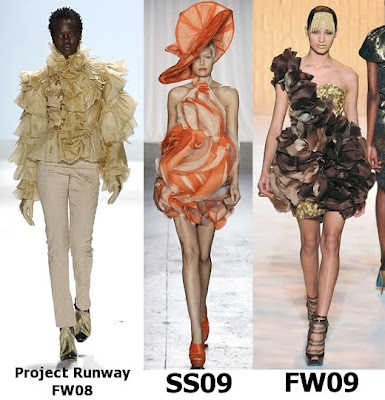 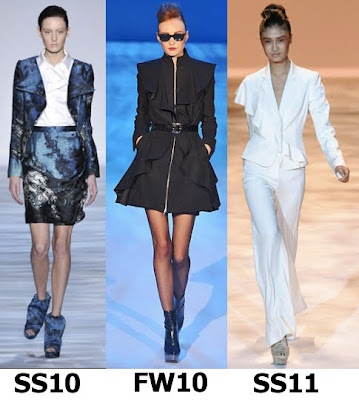 He did create one interesting (but not as fabulous as I'd hoped) look this season. This red dress is giving me visions of Lady Gaga (with her hair dyed bright red and styled frizzy and connected to the dress so it looks like the whole thing is coming out of her head). It's a unique piece, but it didn't have anything to do with the rest of the collection, which was mostly boring work wear. Can't we have more of the Christian who designed this and the looks from the past? 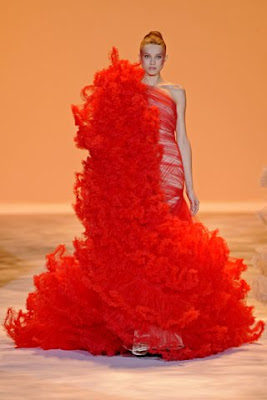 Christian, what happened to you? We miss the cocky 21-year-old who was taking risks and inspiring us. Come back.

What do you think of Christian's recent work compared to his earlier stuff?
designer