By Jael Paris - July 22, 2010
Armani Prive was 1940s screen siren meets Rome chic. The gowns sometimes thunked in their simplicity; the show-stoppers here are the suits, perfect for drawn out train station goodbyes or double crossing the P.I. you hired. 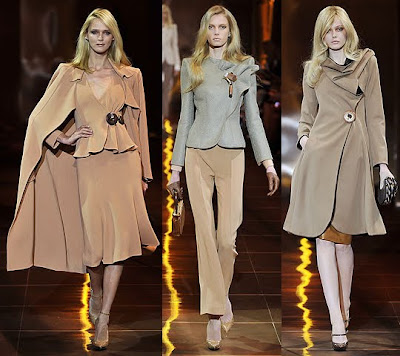 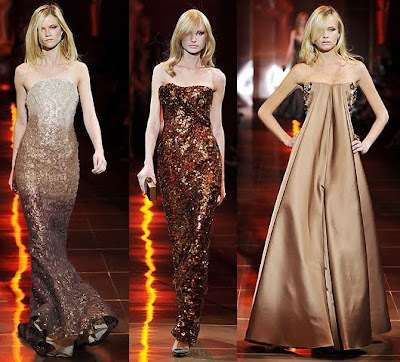 After seasons of pale colors, red carpet king Elie Saab finally returned to color. It's sort of "What if Dynasty took place in ancient Athens as interpreted by Bill Blass?" I think many of his one-sleeve wonders will be reworked as strapless gowns before hitting the awards circuit. 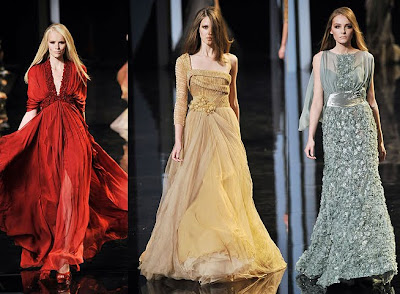 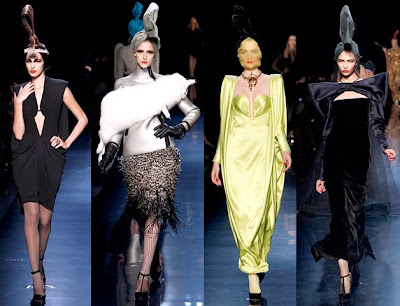 This year, Karl envisioned the Chanel suit in longer lines, worn with garish bracelets and ugly boots. Evening wear should be metallic, lacey and embroidered. As with the clog revival, I will be spending another year ignoring Mr. Lagerfeld's megalomania disguised as fashion advice. 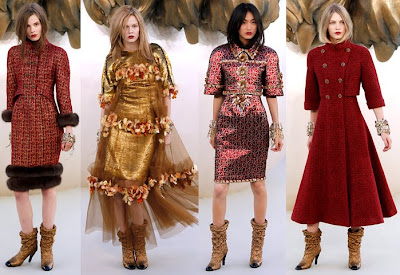 A passing glance at the lauded, crotch displaying couture at Givenchy makes me wonder what designs of Alexander McQueen's in the late 90s they felt sullied their brand.

We usually don't cover Alexis Mabille, who only shows during Couture Week, but her modern romantic collection smelled oh so Fashion Me Fabulous. (It also smelled like 60s Balenciaga, so no points for originality.) 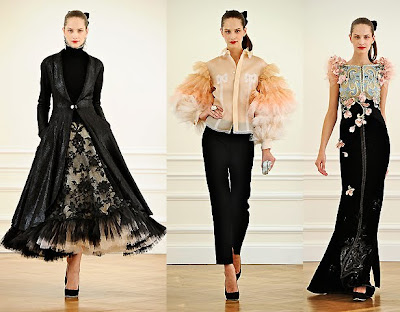 That's okay, Alexis, the ghost of Cristobol made himself known at Valentino as well. Less romantic and more structural, overall this collection felt dated. The dabble in cages, however, was delightful. 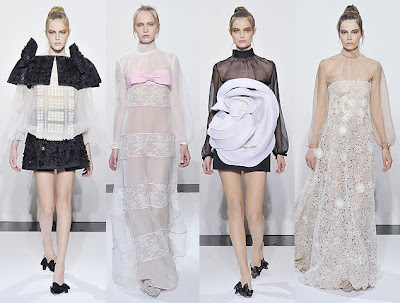 The true feat of Fall Couture 2010, was John Galliano's ode to flowers for Dior. This show puts to shame any designer who felt he could swirl some fabric and call it a rose. Women in these ensembles are a rare and exotic breed. 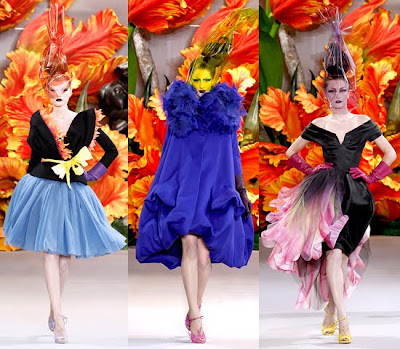 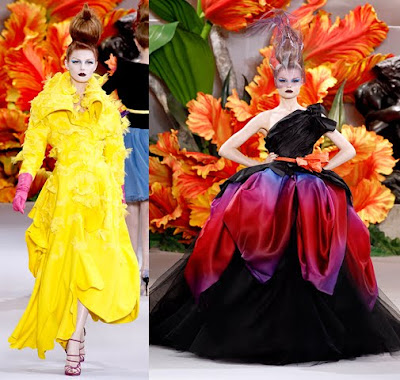