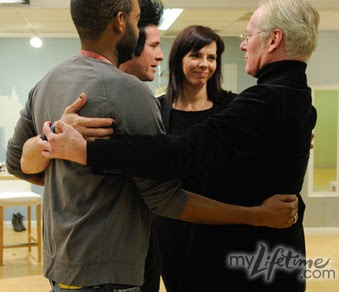 Last night's finale felt relatively drama free as far as Project Runway finales go. There was no eleventh hour outfit challenge. There were no accusations of cheating. Nobody got stranded or ill. Some models were missing, which was certainly stressful for Mila who was without three a half hour before her show. But alternates were used and all was well in the Project Runway-verse.

Heidi took to the runway in a stunning dress and introduced the judges. Michael Kors, Nina Garcia and guest judge Faith Hill. First, why is there a guest judge on finale week? Shouldn't the three judges take their season of knowledge to judges these contestants? Why is an outsider needed, and why is that outsider Faith Hill? She's pretty enough but far from a style icon. It felt like a ploy to add some star power to this final hour. 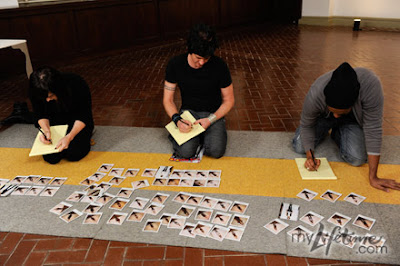 I'll start with Mila's show. She mostly stuck to her monochromatic palette with a little plum thrown in. She added a lot of edge to her 1960s-inspired looks with some rocker styling. As Michael said "You killed the girl in the cage doing the frug." MK also liked her shiny elements saying the collection was "a little nasty but in a good way." Heidi loved the t-shirt. They also liked her leggings with the sheer panels. I wish they had acknowledged her accessories more. She had some very sell-able pieces. I want all of her leg wear, her gloves, the cowls and the jewelry. Her separates would sell incredibly well because they can be styled for classic and edgy looks making them ageless. I also really liked how she interpreted her inspiration of shadows. The judges thought it wasn't surprising, but I was pleasantly surprised. 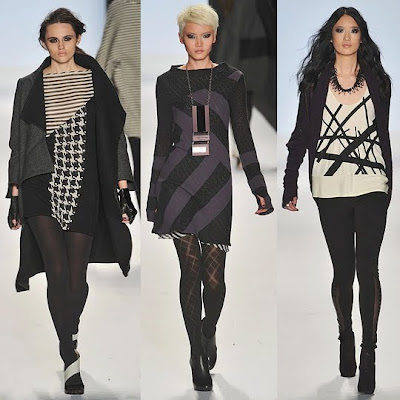 Emilio's show disappointed. After his incredible circus outfit, I held out some hope for a slightly interesting show. However, he simply produced a line of nice mall-ready pieces. I could see these clothes at Lord & Taylor. They were well made but lacked any originality, even in the details. I was bored bored bored. I liked the reds and blues, but the olives and mustards were dreadful. His print looked like his other fabrics puked on his name logo. The judges really seemed to like his show. They loved the gown at the end, but felt there was too much of a jump between the basics in the rest of the collection and that stunning end piece. Mk said, "You could roll that rack into any fabulous store in America and everyone would say sign me up." Yet, he went on to add that it was more of a line than a collection. If Emilio was doing a fall line for J Crew, this could work, but as a runway show it was blah. 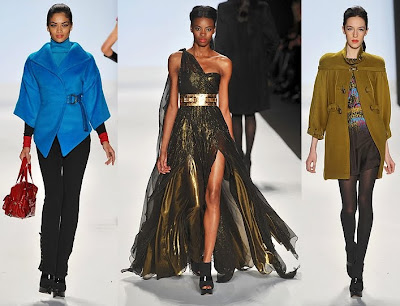 Seth Aaron rocked it. He understands how to put on a show. He also managed to leave his Hot Topic roots behind and go for a sophisticated rock n' roll collection. He started with 25 looks and paired it down to ten for the runway. This guy is prolific. His jackets were even more spectacular than what he showed during the challenges. The judges raved about this craftsmanship, his new-found sophistication and the editorial nature of his work. Michael liked that it had a sense of luxury but remained young. Nina thought he had some moments where the clothes were over wrought and costume-y, but overall they liked what he did. 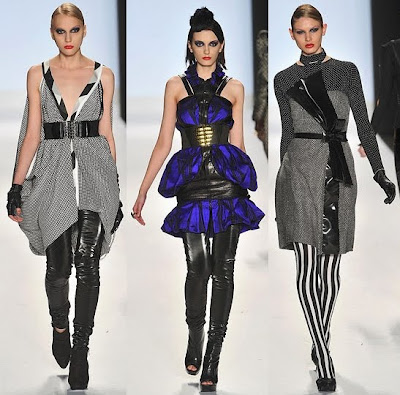 After seeing the collections and critiquing the designers, Heidi turned to the other judges and asked how they should judge the looks. Should they judges based on craftsmanship and wear-ability or should they look for innovation and risk-taking? Also, should they grade on the just the shows or on the whole season? I would like to ask Heidi a question. Shouldn't this be decided ahead of time?

They finally figured it out and brought everyone out for results. Mila landed in third even though she really deserved second. Then the judges made everything wonderful and proclaimed Seth Aaron the winner! There was much celebrating. Seth Aaron gave Tim Gunn and attack hug and his family came to celebrate with him. Had Mila and Seth Aaron not had so many similar ideas and concepts that Seth Aaron executed with more edge, Mila may have done better. It was just too easy to make comparisons. 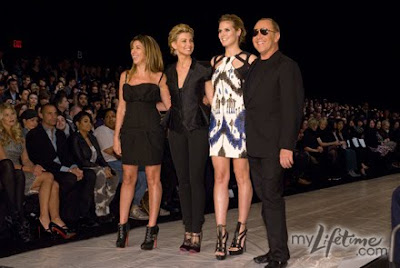 Despite her third place finish, I'm pleased with this season. Except for the reunion show, which was dull and catty with no fan favorite award (and giant check) for Anthony, which is really sad because he would have been the clear winner there. The designers this season were an incredible group though. I do wish the challenges had lived up to their skills.

How did you feel about the season as a whole and last night's winner? Do you think Mila was robbed of second place? If so, does it really matter? Did anyone like Emilio's print? Let us know in the comments and check back later for a look-by-look breakdown of Seth Aaron's collection.
Project Runway

Rachel said…
This was a really good season. Seth Aaron was clearly the best- wow, what a show! I agree that Mila should have won second place- her show was much more polished and cohesive, plus she had great accessories and styling (the hair and makeup helped her a ton!!). I was just so bored with Emilio (who shows a plain turtleneck and black mini skirt??) except the blue coat and final dress which were very nice. I'm overall very happy with the outcome :)
April 25, 2010 at 8:59 PM