By becca - March 19, 2010
Comme des Garçons has never been a line that pleases the shopping obsessed bystander who responds to runway photos with "Who wears that?" This collection threw the fashion world's obsession with "flattering your figure" back at them with a high velocity pillow fight. The padded pieces had no regard for traditional shapes. Some looks seems to have odd pillowed growths while others added bulk to the front of the torso with no regard to breasts or abs. I don't quite get where designer Rei Kawakubo was going with this, but if I understood I'd probably be disappointed. 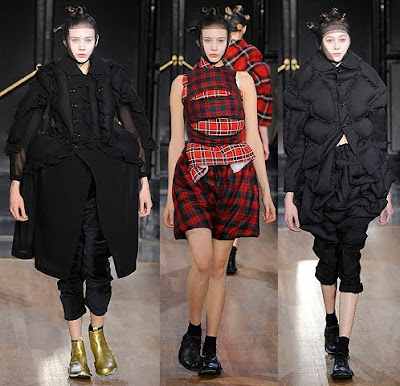 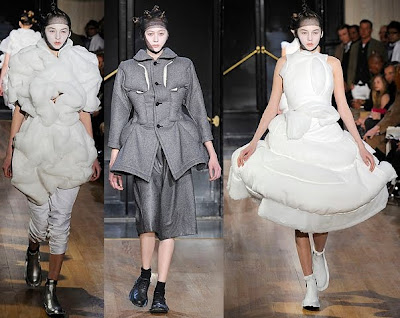 Issey Miyake based this collection on geometric models of the universe. It started with seemingly random, colorful scarf-like garments and quickly switched gears to a stark black and white, geometric look then continued to build with color and texture--each pieces more intricate and stunning than that before it. I struggled to choose images and considered posting all of them here. In a time where designers are showing boring collections full of "wearable" pieces so they can pay the bills, Issey Miyake offered something daring without lacking wearable, editorial-friendly pieces that are sure to attract the avant garde dresser and the one who just wants a great pink coat. 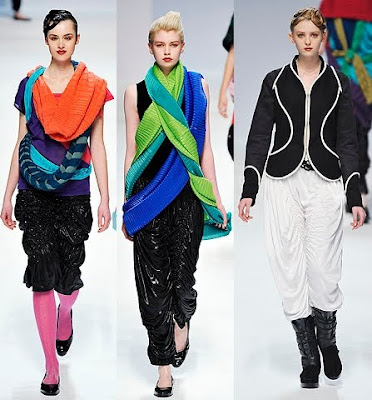 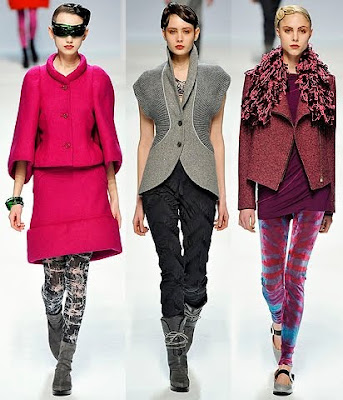 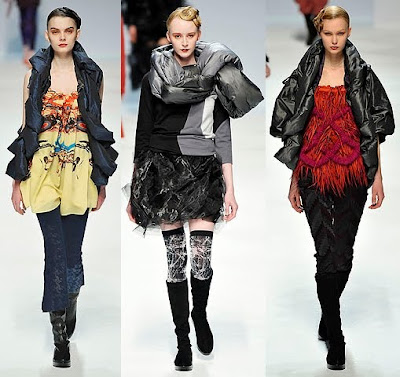 Junya Watanabe presented an army of military inspired coats that I will covet for an eternity. The detail work mixed with innovation mixed with the classic vibe made for clothing that will never go out of style. The New Look silhouette mixed beatifully with the military style. Even though the collection featured army greens, blacks, brown, greys and camouflage, it remained decidedly feminine in shape and attitude. 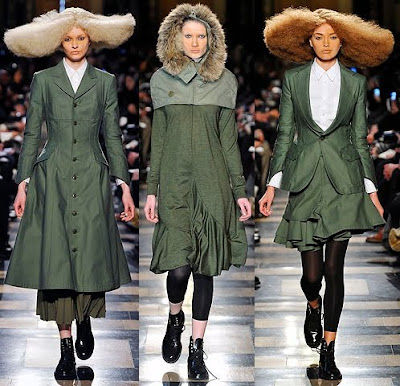 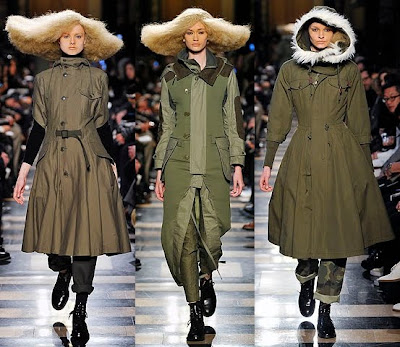 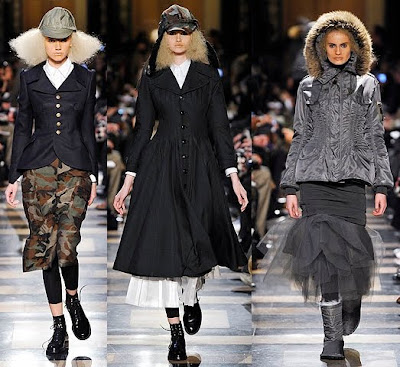 Tsumori Chisato caught my eye for this first time this season. Her playfulness is distinct and unique among Japanese designers. She mixed colors, prints, references, styles and eras to create a surprisingly cohesive and endlessly interesting collection. If Tim Burton went bohemian, joined the circus, traveled Asia and read manga exclusively, it would produce something that looked like this. I again struggled with choosing images since each one seems so vibrant, new and important. A designer that can make cuteness like this feel important has a rare gift. Discovering her work has been my greatest pleasure this season. 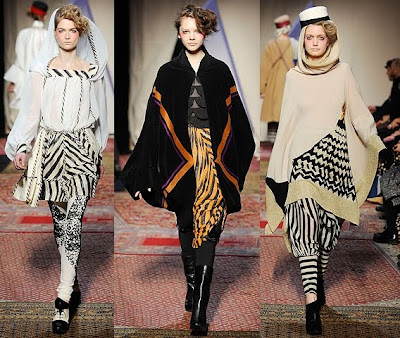 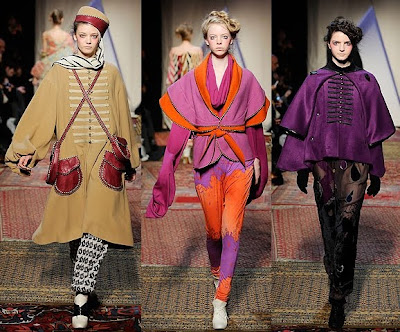 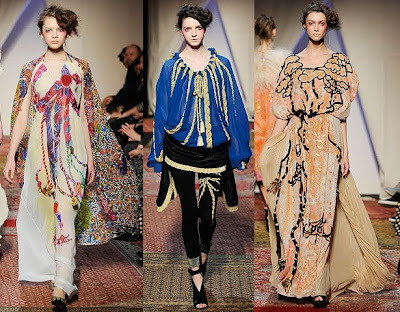 Yohji Yamamoto remains conceptual yet wearable--a difficult balance to maintain season after season. Sticking by his tried and true color palette of black, cream and navy, Yamamoto played with proportion and volume to transform men shirts into dresses and double breasted coats into strapless numbers. I wasn't feeling the fishnet tops, but everything else succeeded. It becomes difficult to praise such a consistent designer who never becomes boring or predictable. 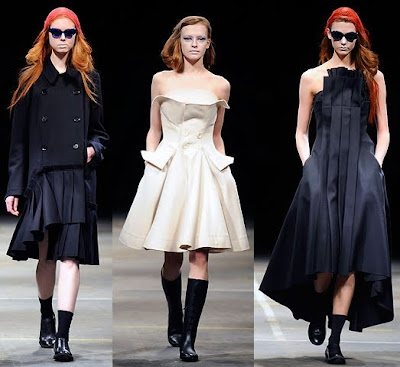 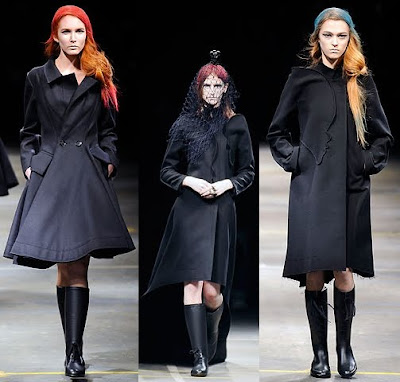