Project Runway: Models of the Runway 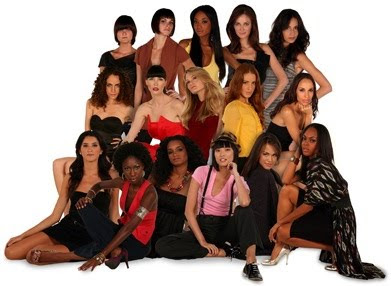 The first episode didn't leave me wanting more. Mostly we met the models, saw their new digs, and watched them all get jealous of the model who was paired with the winning designer. This "winning" model was given a trip with a friend to an award show gift suite where they both scored a ton of amazing gifts.

One nice aspect of this program is it looks like it will eliminate the time spent on model selection during Project Runway. That segment took place at the end of Models of the Runway but took longer than usual giving the models a chance to show a little more personality. After the model selection you got to hear what the models thought of everything, which wasn't earth shattering or all that interesting.

While the models' performances are important, they just need to show up and walk. Models of the Runway tries to emphasize the importance of a relationship and of teamwork between model and designer. Perhaps if they allowed the designers to be involved in model castings and asked them to look for a muse in a model, this would make sense. Mostly though, these girls are walking hangers the designers expect to show up on time, wear the clothes well, and not trip.

The show also featured meetings with agents and looks like it will feature other jobs the models are trying to book at the same time. Perhaps this will finally explain why models constantly don't show up to runway shows.

Mostly though, it looks like we'll see jealously, cliques, crushes on designers, and the epic struggle to make it in model. Because it's part of the Project Runway show, and it does still feature Heidi Klum, I'll give it a few more episodes before I make my final decision. It may make the models a more important part of the show, or it may just be a wasted thirty minutes of television. (My bet is the latter).

Did you watch? What did you think?
Project Runway TV + Film