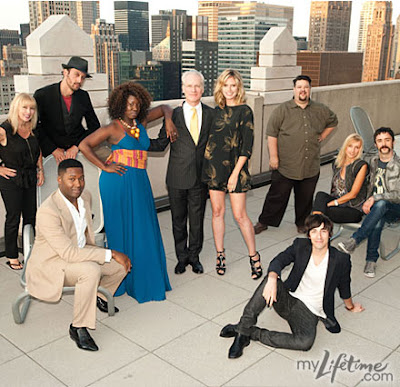 I enjoyed seeing some of the designers I love and loved to hate from past seasons. I also enjoyed seeing how they've grown since we last saw them. Originally the designers were told to create a three-look collection, which should include a "red-carpet" look. Later it was revealed that Nicole Kidman would wear the winning designer's red carpet look at a premiere. Of course, there was a twist. While out at a fancy dinner, Tim Gunn told the designers they had to create a fourth look made mostly of material found in the restaurant where they were eating. The designers tore the room apart in five minutes. It was great fun to watch. (Plus, Diane Von Furstenberg was the guest judge! She is fabulous!)

In liue of Project Design, I have incluced each designer's collection below so you can vote for who you think should have won. 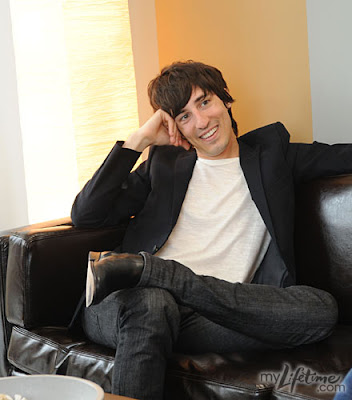 David Vosovic won with his sporty, sleek collection. Having come in second during season two, I was happy he took the victory. (Although, he wasn't my first choice). His restaurant look (third from left) was the most futuristic, but still tied in well with the line. Nicole Kidman will look great in the Red Carpet look (second from left). 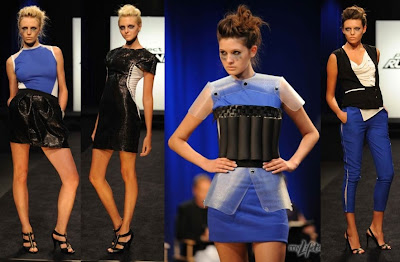 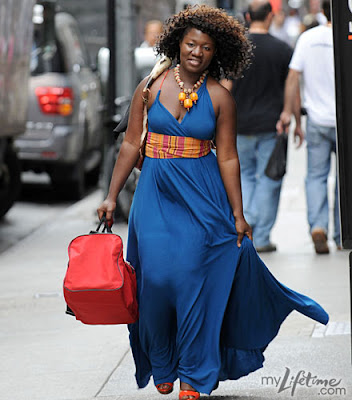 Korto Momolu, who finished second in season five, finished second again. Although, she placed first in my book. I wanted to wear every look in her collection just as I wanted to wear nearly every look she created during the last season. The stunning craftsmanship of her restaurant look (second from left) is lost in this picture, but it was even more stunning than the rest of her collection. 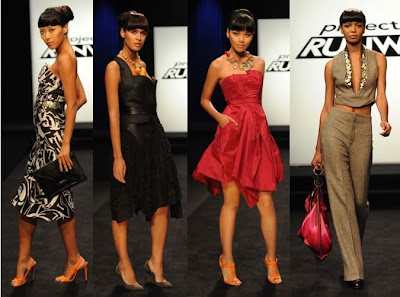 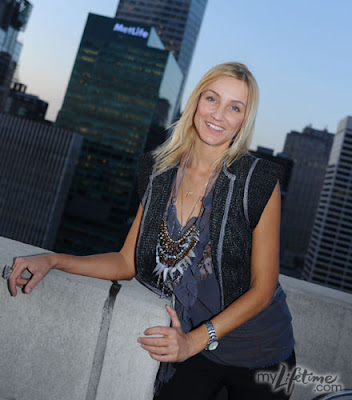 Uli Herzner was guilty of making the same, bold print dress over and over during her Runway run. To show the judges she had evolved she avoided her signature bright prints and long, flowing dresses. Unfortunately, she tired too hard and went too far from her own style for the judges taste. She still made some lovely looks though. 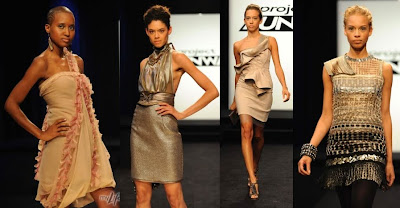 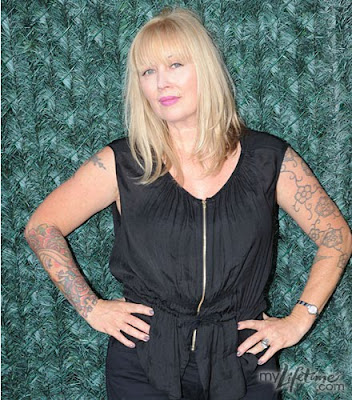 Sweet P was among the top four designers with a completely darling collection. During her time on Project Runway, these are the clothes I believe she was always setting out to make, but she rarely reached this level. It was all so romantic, girly and pretty! Her restaurant look (third from left) was praised by guest judge Diane Von Furstenberg. I was so happy for Sweet P! 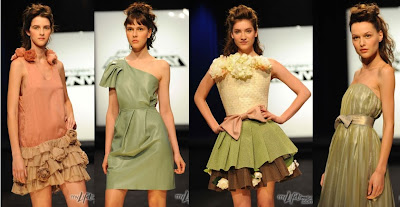 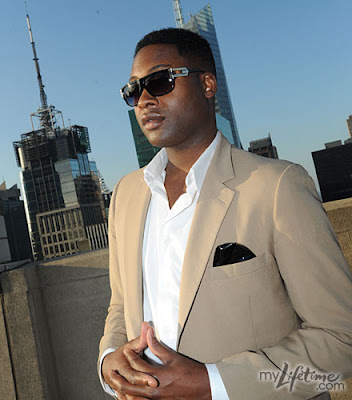 Mychael Knight was a crowd favorite during his season. He was young, a little reckless and often the creator of brilliant looks. But just as often, he created looks that just missed the mark. This collection of fun young sportswear had some great aspects, but not enough to win over the judges. 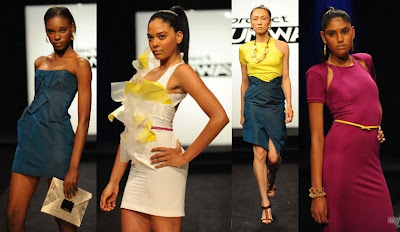 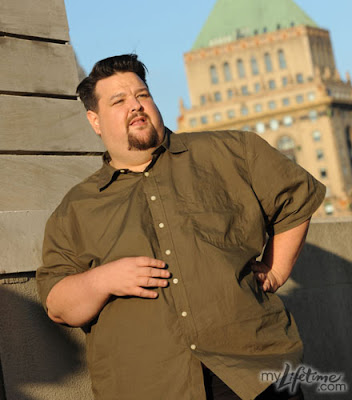 Chris March has always been the designer to whom I wanted to give a pep talk and a hug. He really is talented, but he doesn't seem to know it. He was overwhelmed by making it into the top four. His restaurant look (third from left) brightened up the collection and brought Chris' signature sense of humor to the set. Had the red carpet look (far right) been less bulky, he probably would have done even better. 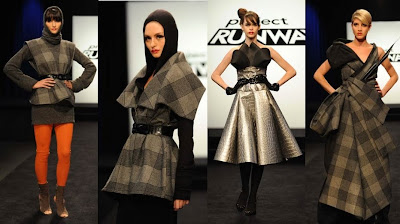 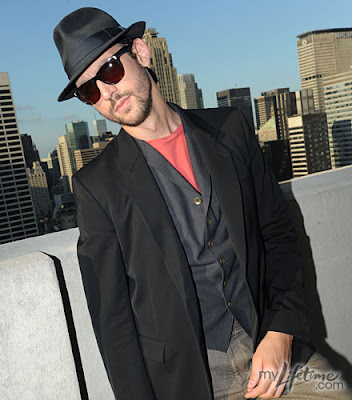 Santino Rice turned up the annoying personality for the cameras this time. He seemed determined to get and entire seasons worth of outrageous behavior into the two hour program. Even though he spend most of his time insulting people, he still managed to put together a collection. However, Diane Von Furstenberg called it vulgar will all the tight, slinky fabric. Although, if anyone could rock that long, slinky dress (far left), it's Nicole Kidman. 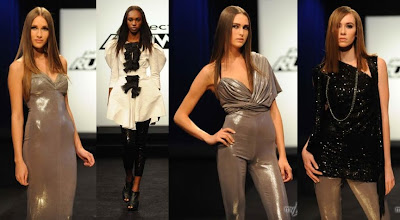 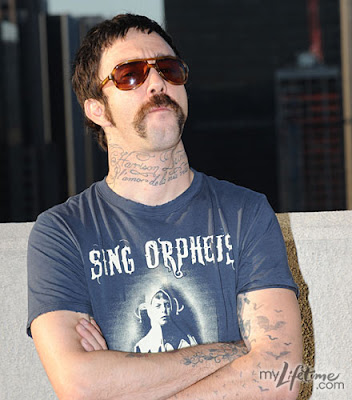 Jeffrey Sebelia, winner of his season, should not be left alone in a room with Santino. That dynamic was almost painful to watch. Maybe Santino got to Jeffrey, because this collection lacked the spark of his winning collection. Although, it was much shinier. Somehow, his now being in a rock band has actually taken away some of the punk rock vibe in his designs. 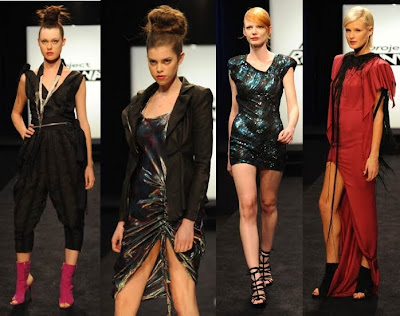