By Jael Paris - March 10, 2009
If you were looking for traces of Penelope Cruz's ultra feminine Oscar dress at Balmain, it's here with a 2009 edge. These are clothes for the modern, detail-oriented woman who presents herself with a prickly yet girly edge. 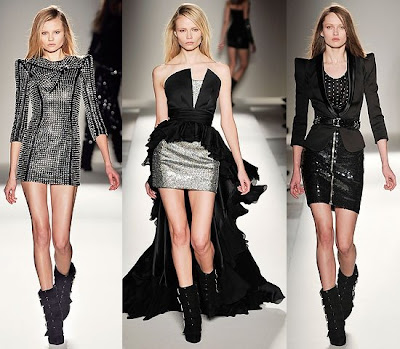 I'm completely unfamiliar with Akris, but I love the sexy sophistication of these pieces. I hope these dresses take off when collections hit the stores in September. 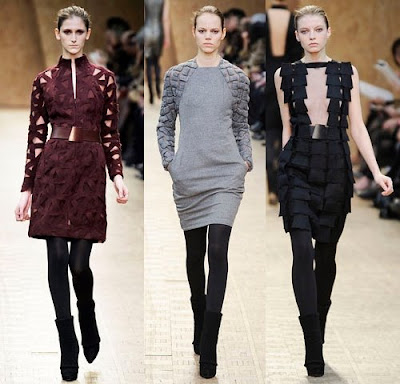 The dresses at Giambattista Valli were nice, but the coats were top notch. 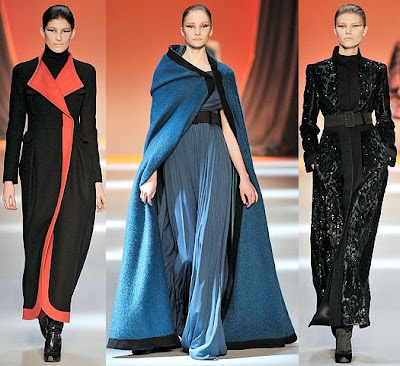 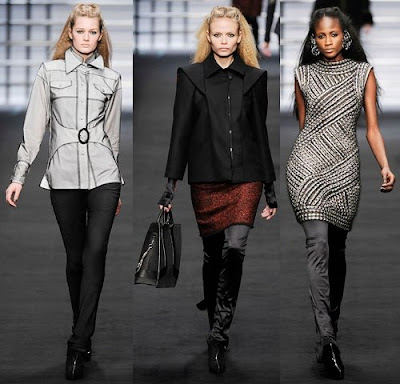 Usually my complaints about Greecian draping refer to a dress that is essentially pretty fabric pulled pinned and belted around the female form. Pretty? Yes. Original? No. Viktor & Rolf's Fall/Winter show was inspired by Greecian draping, only they were thinking of the fabrics we see represented in marble. Amazing! 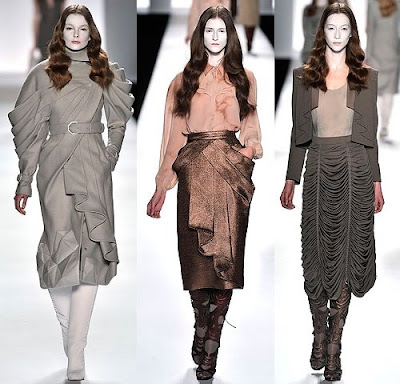