By Jael Paris - March 02, 2009
The knee length skirts at Alberta Ferretti were a relief from all the miniskirts and pants of Fall Winter 2009. Colorful chiffon tops, shiny belts and tweed bottoms are a cute look that you can easily replicate with what's already in your closet. Ferretti's take on strong shoulders, the look of the season, was to add beading there and nowhere else. I much prefer this to looking like a linebacker. 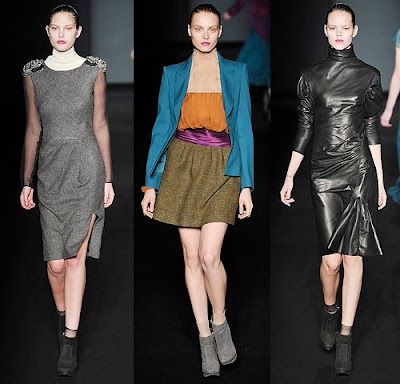 Giorgio Armani's show was an update of 1930s glamour, but not as extreme as his couture show. Rather than a heavy Asian influence, the pieces were high society chic. Pretty! Pretty! Want! Want! 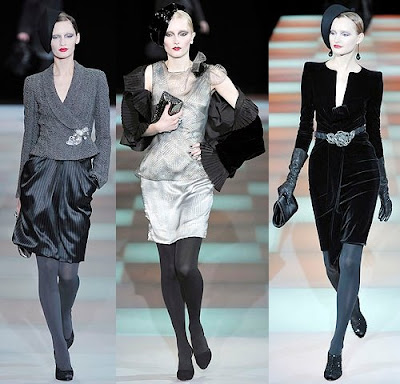 Gianfranco Ferre's show was an awesome blend of textures -- satin, chunky knits, velvet, and a steel-like satin. Again, the shoulders are sharp, but the other details are so feminine the collection is more Joan Crawford than Joan Collins. Loving the ruffles at the neck. 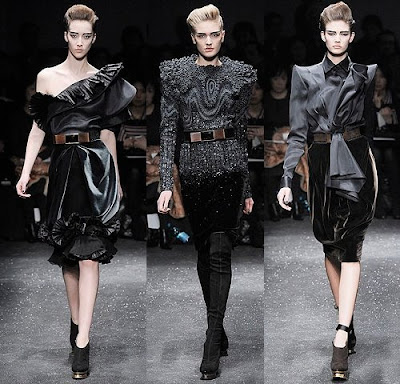 The D&G show had armor and military influences with rigid breastplates, large shoulder pieces, braid trim, and brooches like medals. At times, I felt the designers had been watching Elizabeth: The Golden Age on repeat, while other parts of the collection were Vanity Fair. Either way, I want it all. The additionally feminine ruffles and puffs perfectly tip the scales to decadence. 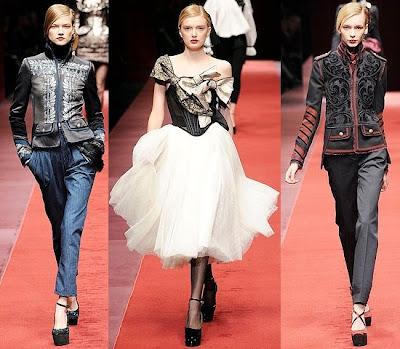 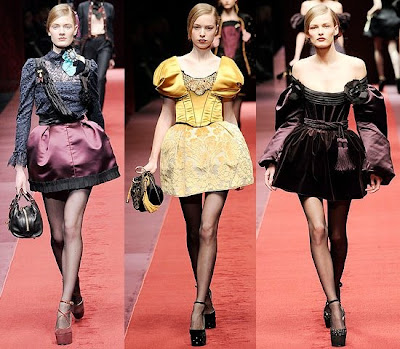