By Jael Paris - March 11, 2009
Every fashion week, I think about the history of the clothed female silhouette. When you look back at thousands of years of art -- from Greek to Medieval, from Renaissance to Regency -- our perfered shapes widely varied. In the twentieth century, Coco Chanel wiped away Victorianism with her relaxed column. Later, Christian Dior opposed the Chanel aesthetic with hyper-feminism.

And here we remain, struggling between flared dresses or slim suits. Over and over, I hear people complain about a runway show or the outfit of a celebrity because it does not fit one of those aesthetics we hold up as the pillars of fashion. With the economy in the gutter, it is even less likely to see a designer push fashion into the twenty-first century. 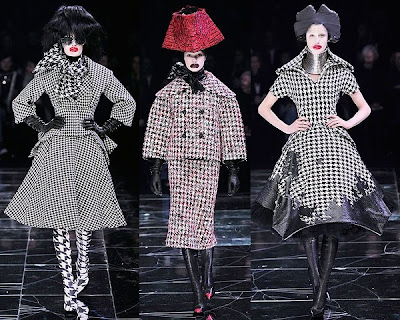 This season, Alexander McQueen went for commercial and commentary. Kicking off with slim suits and flared dresses, his clothes will have strong sales; but the wax lips, aggressive patterns, and junkyard head gear lend an angry tone. The strong McQueen elements in the collection are dark. It's as if the designer feels that fashion, himself included, is standing in its own waste, picking through the remains over and over again. 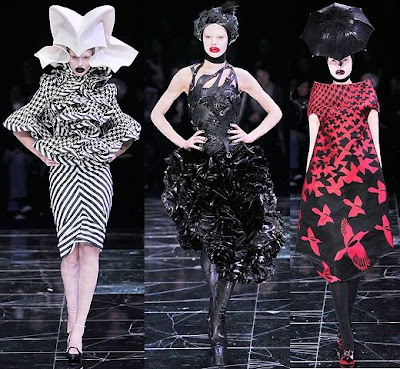 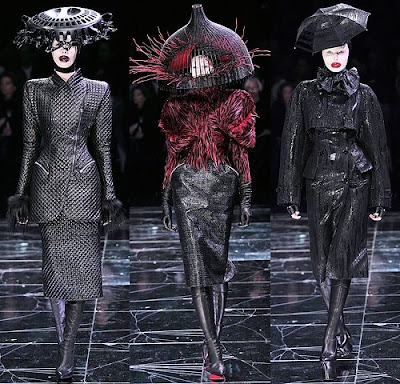 Anonymous said…
When you look back at thousands of European years of art -- from Greek to Medieval, from Renaissance to Regency
March 11, 2009 at 1:02 PM