By becca - September 30, 2008
Christian Dior lacked some of Dior's usual charm. The collection did have some pretty pieces and some cool eighties inspired pieces, but as a whole, it seemed to be missing the wow-factor usually seen in Dior's collection. 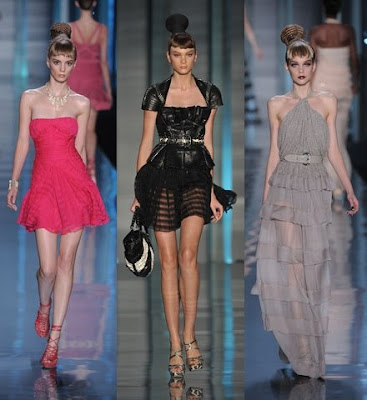 Vivienne Westwood did what Vivienne Westwood does--create crazy clothes. Usually I love her collections a little more than this one. I mostly enjoyed the part that looked like a slightly disheveled experiment in fabric remnants, but the collection progressed into bed sheet couture where one model actually appeared to be holding a wadded up bedsheet around herself as she walked down the runway. Although, even that part of the collection had some interesting pieces. 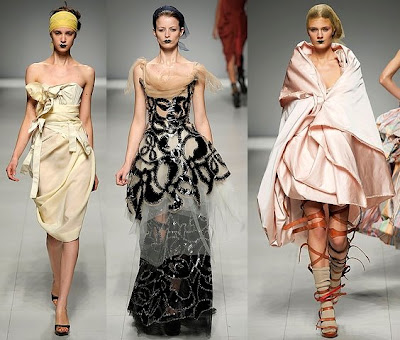 Maison Martin Margiela celebrated it's 20th anniversary. The collection included the piece from the original 1988 collection, which is being re-released according to Style.com. The space-age collection had everything from UFO reminiscent, circle-cut leather to Cousin It-like attire all on anonymous models. The quirky, crazy collection was truly a celebration with a very literal jewelry box and cake appearing on the runway. 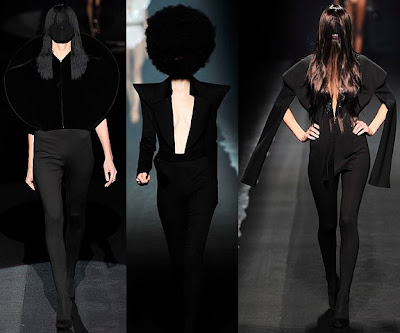 Yohji Yamamoto show may not have offered up a ground breaking collection, but it did showcase an intricately simple collection full of unique yet relaxed looks. 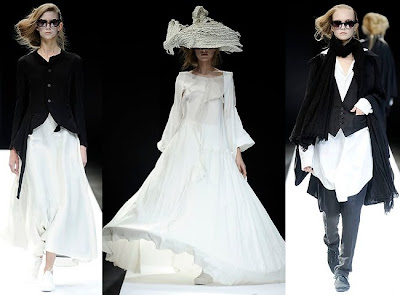 Ian smith said…
One of the views on Paris Fashion Week says that "Celebrity designer and daughter of former Beatles singer Sir Paul McCartney, Stella McCartney has surely come a long way since her debut in 1995. Stella's brand, named after her, is a celebrity favourite - Madonna, Guy Ritchie, Gwyneth Paltrow and Jude Law are some of her regular clients".
-------------------------------
Selleys

Jael Paris said…
I liked the Dior show, but if you showed me those pictured and asked me to guess the label, I wouldn't guess Dior.

Had the same thoughts about Viv.

I have a feeling Yohji Yamamoto's show was more impressive in person. It's sometimes hard to tell how well crafted a simple garment is from a picture.
October 1, 2008 at 11:39 AM