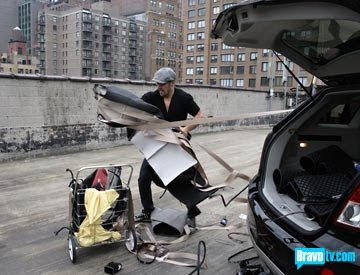 Tonight the designers where challenged to create looks from the materials used in a Saturn Vue Hybrid. They had seatbelts, car seats, filters, visors, mirrors, headlights and even carburetors. I love the challenges with the strange materials. This week, some of the designers finally stepped it up. 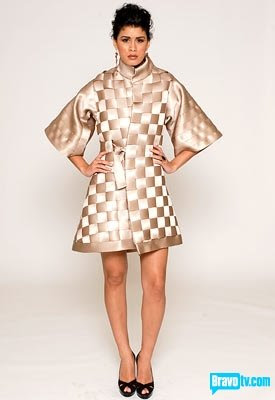 Leanne's look won. She did a great job with the shape of the dress. She used car seat material for the dress and cut up, frayed seatbelts for the fringe on the neckline. She has immunity for next week. 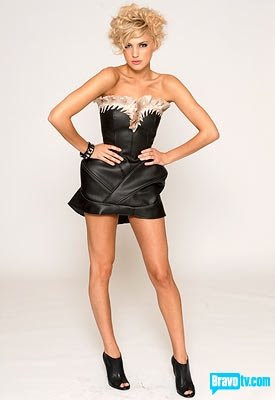 Blayne found himself in the bottom three. I think he was on to something with his look, but it just missed. He had a fuller, much cooler look but the thickness of the seatbelts made them difficult to sew so he cut back to make something he could finish in time. The dress didn't fit right and the skirt just needed something. He almost had it. I was impressed by his original concept thought. And he didn't used neon. 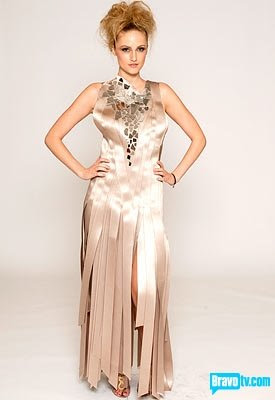 Stella decided to try something new, instead of her biker look. She wanted to create something ladylike and pretty, but is didn't quite work. She was in the bottom two. 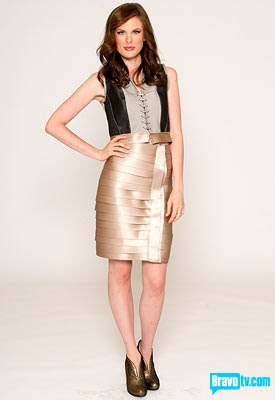 Keith has not been taking the Judges criticism well. Last week he was in the bottom two and rather mad about it. This week he tried to create "something the judges would like." In the end he created something that didn't fit his point of view or come close to living up to the judges standards. It fit poorly, looked sad, could have come from Wal-mart and didn't really make sense. The look not only landed him in the bottom two and got him a scolding from Michael Kors, but it also sent him home. 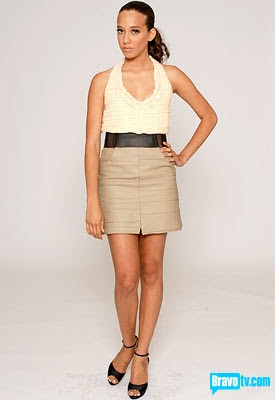 Jael Paris said…
Material from a Saturn? Much as I love my Saturn, that's a ridiculous commercial tie-in. At least the Bluefly accessory wall works in the context of the show.
August 27, 2008 at 11:37 PM

I think Korto should have won, but at least Leanne gave a good effort and also deserved the win.. too bad they couldn't have had a tie.
August 30, 2008 at 9:42 PM