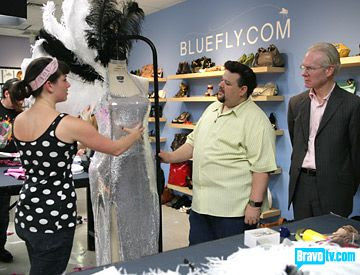 Drag Queens! This week the designers had to make over-the-top costumes for drag queens. The outfits not only had to fit the queens, they also had to fit their personas. This challenge brought back last season's Chris dressed in all of his Viking-Queen-disco-ball-boobs glory. On top of that, Ru Paul came in to guest judge.

I haven't seen as much flair, personality or even good design this season as in past seasons. I was hoping to see this challenge push the designers over the edge to create some FABulous garments. A few of them took to the challenge, but sadly not all of them.

With a pink, sparkle sailor get up, Joe won the challenge. The outfit started out very Elvis-like, but he flipped the collar down and added the sailor hat for a winning combination. It even fit great so I guess it was a good thing that his queen left her boobs behind so Joe get the shape right. 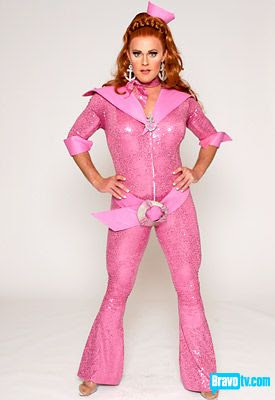 Terri did a great job with this crazy samurai/kabuki look. She almost won. I love her creativity. The judges loved all the various aspects of the look, and Michael Kors wants the boots. 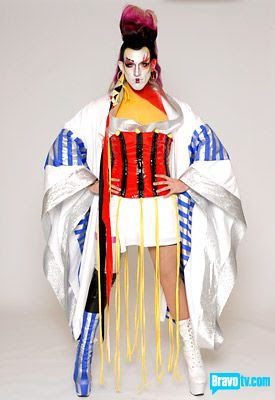 Korto's firey creation won favor with the judges and with her Queen. The theme "a women in heat" even made Tim giggle a little. This look was also in the top three. 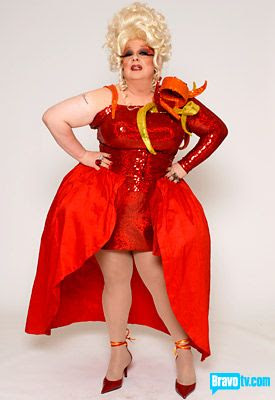 Blayne's gone "licious"-crazy and needs to stop talking. However, he created a neon extravaganza Tim called "A pterodactyl out of a gay Jurassic Park." The judges put Blayne through to next week without a comment. 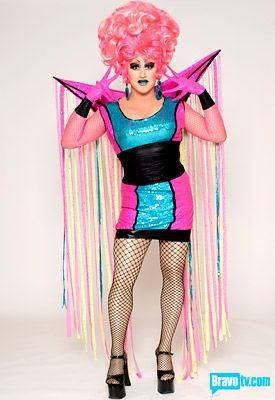 Keith needs to stop sticking strips of fabric on a shape and calling it clothing. This messy look almost sent him home. He needs to be careful next week. 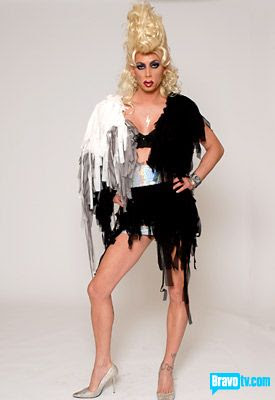 However, the fact that Daniel can only make cocktail dresses, even for drag queens, got to the judges this week. It was a boring, normal dress in a bright color, and it sent him home. 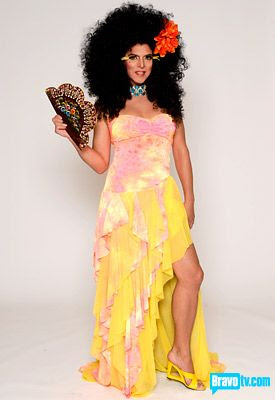 Jael Paris said…
Are these clothes available on Bluefly like every other week?

Anonymous said…
Mimi Imfurst wore a similar outfit to the pink and blue "Pterodactyl" look on the RPDR All-Stars promos
April 30, 2013 at 6:07 PM