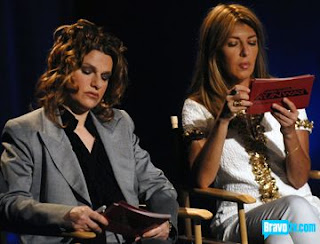 Tonight the designers were challenged to take photos of New York City at night. They had to choose one photo as inspiration for their "night out" outfit. Overall, this was a great challenge with a lot of potential. I don't think the designers lived up to the potential overall. A lot of the looks weren't anything new or interesting. Sandra Bernhard was the guest judge. As always, this post has spoilers. 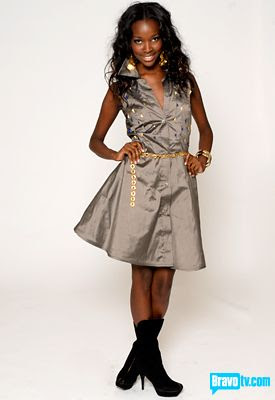 Stella, the all-leather all the time designer, is becoming increasingly helpless and annoying. Her constant cries for help regarding everything from operating a digital camera to shopping for fabric do not give me confidence that she knows what's she doing or how to do it by herself. She seems to be good with leather, but I didn't think her design was anything great or new. The judges put her through with the group that was neither in the bottom or the top. I don't expect her to last long. 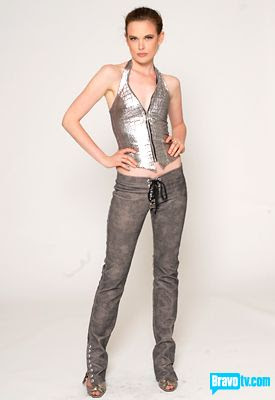 Blayne is strange, definately an outstanding personality. He appears to love neon, tanning, words ending in "licious" and teaching Tim new phrases, which is funny when Tim repeats "Holla at cha boy" trying to decipher some form of meaning. Blayne's dress had lots of neon. It's has similarities to the loser's dress, but Blayne executed it better. The judges put him through with the group that was neither in the bottom or the top. 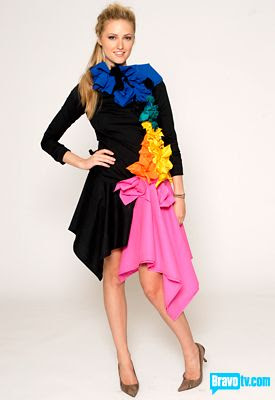 My favorite look of the night was Leanne's. She was almost out last week, and she learned quickly. She was inspired by the grates around trees and followed the inspiration through beautifully. This is actually separates – a top and a skirt – which adds so much versatility. It's wearable, classic and cute. The judges liked it too. It was one of the top looks. 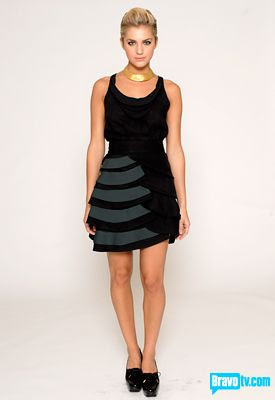 Kenley's fun puff dress won. It was a bit of a puzzling win. Tim didn't seem to care for it at all. But the judges deemed it very "now," which I do agree with. Kenley took a chance and tried an over-the-top look. It paid off. She has immunity for next week. 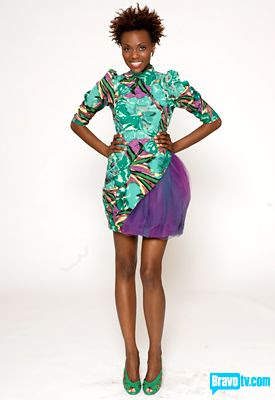 Jennifer found herself in the bottom two with her clock inspired dress. The clock detail on the sleeves is quite a stretch. The dress fit poorly, looked matronly, wasn't finished and wasn't even sewn evenly. She claimed her overall point-of-view as a designer is "Holly Golightly meets Salvador Dali." The dress comes no where near it. Holly Golightly would not wear this, and Salvador Dali would have had nothing to do with it. 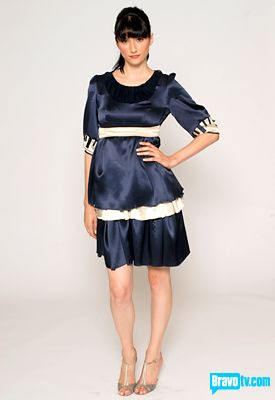 Emily is out. She designed this black dress with a bright front ruffle. The dress design wasn't great. The ruffle was oddly placed and not flattering. The look wasn't good. But was it worse than Jennifer's? I'm not sure. At least this was finished, sewn properly and fitted for her model, and her inspiration of motion in city lights can be seen with much less of a mental stretch than the clock sleeves of Jennifer's dress. I don't know if the judges got this right. What do you think? 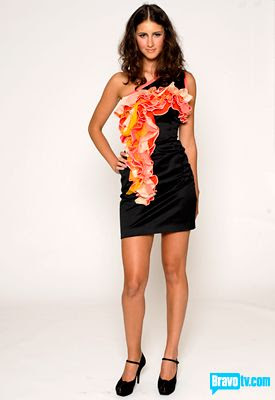