A History of Fashion 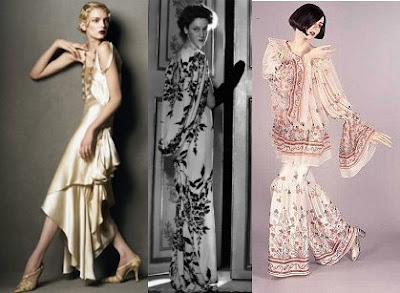 Pros: This book changed the way I look at clothes. Very often modern Americans base the stylishness of an outfit on whether or not it creates an hour glass figure, but this is a limited aesthetic. Throughout history, clothing has served different purposes of enhancing the figure or displaying jewelry or exhibiting the wearer's ability to elaborately fold a large bolt of cloth. Now instead of assuming an outfit is meant for the figure, I first ask myself what the goal of an outfit is. Color study? A contrast of textures? A backdrop for accessories? 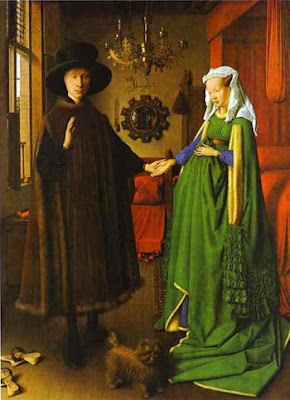 Cons: Aside from early cultures such as the Sumarians and Egyptians, A History of Fashion never delves into styles outside of Europe and North America. While I would have liked to learn about the fashion of other cultures, the level of detail felt tedious at times. 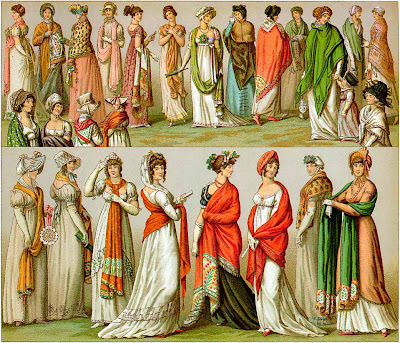 Favorite tidbits: The gender specific dressing has cyclically gone in an out of style through out history. Thousands of years have passed when men and women bore no discernible difference through dress.

Dressing children like anything other than small versions of adults is a relatively new concept.

Would you be able to dress yourself if you could only use jewelry and belts rather than buttons and zippers? 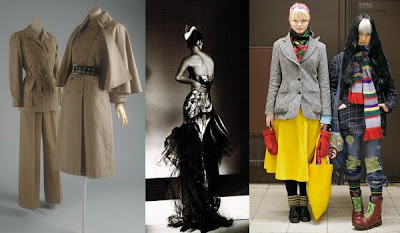 dreamecho said…
hi jael paris! yes, i would like to exchange links. i'll add you now. (btw, my email is on my profile page.)

thank you so much for you wonderful comments, especially that story from your own life about teaching 13 year old girls. i think it's up to us as strong, smart women to set a good example.

also, on a lighter note, thanks for the review on this book! my favorite part was the tidbits. that part about the relatively modern way of dressing children got me thinking about the focus we now put on youth -- especially youth's beauty and innocence. there's surely a correlation between all those things.
March 27, 2008 at 8:24 PM