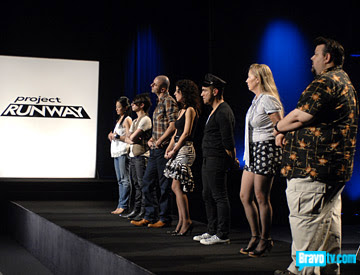 Tonight began with a field trip to garage at a pier where a designer from Levi's was standing. Inside the warehouse were over 500 pairs of Levis and some white cotton. The designers were challenged to create an iconic denim look out of these raw materials. The designers made some great looks. The competition is getting a lot tougher. 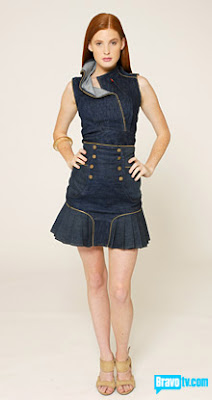 Sweet Pea almost ended up in disaster as she planned to make a denim wedding dress. After some loving advice from Tim, she turned her “hippy dippy” look into a chic, slimming, and versatile dress. 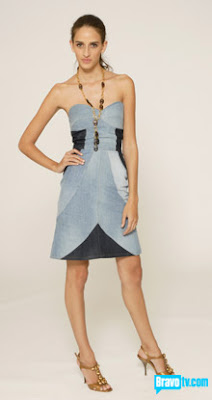 Chris seemed to be trying to achieve Sweet Pea's versatility with what he called a “little blue dress”-–a denim version of a little black dress. However, the judges felt it looked unfinished and dated rather than classic and chic. 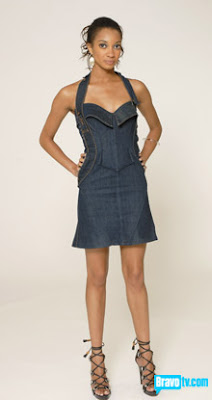 Christian created a fashion forward denim look. He eve fashioned new jeans out of the sleeves from the trucker jacket he used as the inspiration for his look. The jeans had a lot of detail in the back and the front. The cropped jacket added to the look. After hearing the judges, I almost thought Christian would win two weeks in a row, but the judges surprised me. 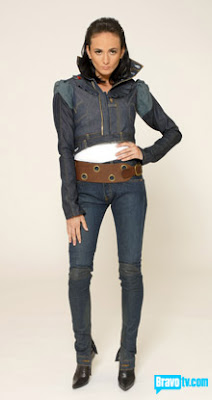 Just when I thought Ricky would have finally reached his week to go home, he won the challenge. So far his designs have not been that impressive, and I wish he had gone home instead of Kit last week. However, his cute mini dress with excellent tailoring and strong influences from his lingerie experience won over the judges and won his look a spot on the Levi website as a limited edition piece. 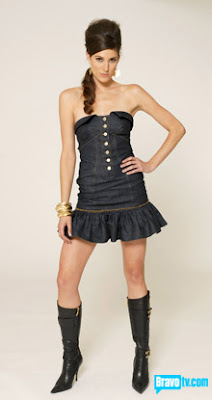 Both Jillian and Victorya designed jackets. Last week they worked together on a fabulous avant garde jacket. This week, however, both jackets disappointed and landed them in the bottom two.Jillian's jacket wasn't flattering and was too busy according to the judges. I did like the sleeves on her jacket. 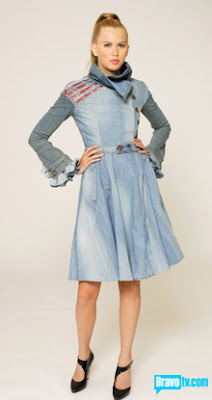 Victorya's jacket was basically a reworked existing jacket with very little imagination. Her lack of creativity sent her home. 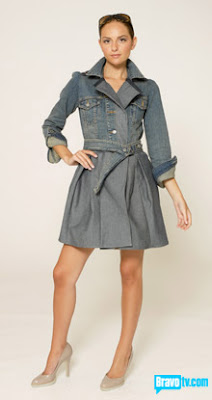 BekkaPoo said…
I don't understand how Christian didn't win this one.. he obviously put in a ton of work and creativity into his pieces. Sometimes I think the judges just hate him because he's TOO good.
February 22, 2008 at 11:04 AM