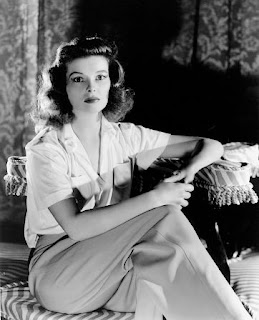 The question of “who wears the pants?” can only be answered, “Katharine Hepburn.” Hepburn wore pants like no one else in an era were women seldom did so. She disliked wearing makeup, spoke her mind, and didn't fit the “blonde bombshell” type of that time. Her unconventional approach to Hollywood set her apart from other actresses even though it occasionally hurt her popularity with audiences and the press. Ultimately, Hepburn won four Best Actress Oscars, more than any other actress or actor in history. She became recognized as the greatest female star of all time by the American Film Institute. 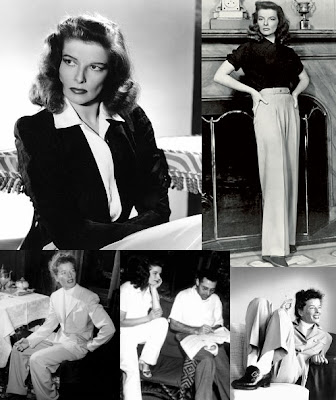 Her tomboyish sexiness, her forceful glamor, her defiant femininity, and her playful power made her an icon both in style and personality. No one can ever match her unmistakable sense of style, but it can serve as an inspiration. Wide-legged pants, a classic blouse, a tailored jacket, and stylish loafers make up the basic formula for her look. Above all, Hepburn always capitalized on her long and lean silhouette. 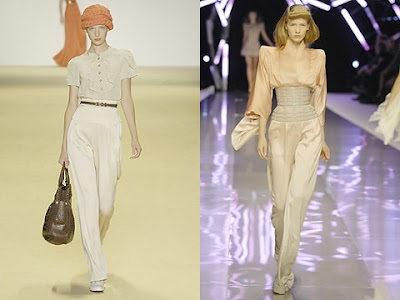 If you're looking to try this style for yourself, stick to classic pieces like these: 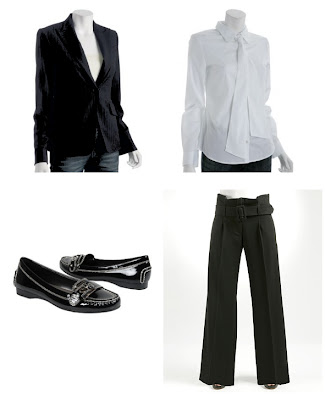 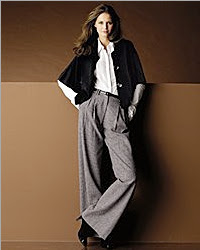 Jael Paris said…
I've always adored Katherine Hepburn for the way she defied the union of feminine and soft. Plus, I love a woman who speaks her mind.
January 19, 2008 at 12:06 PM

Rachel said…
I really like that look. Professional and structured but still feminine.
January 19, 2008 at 8:48 PM